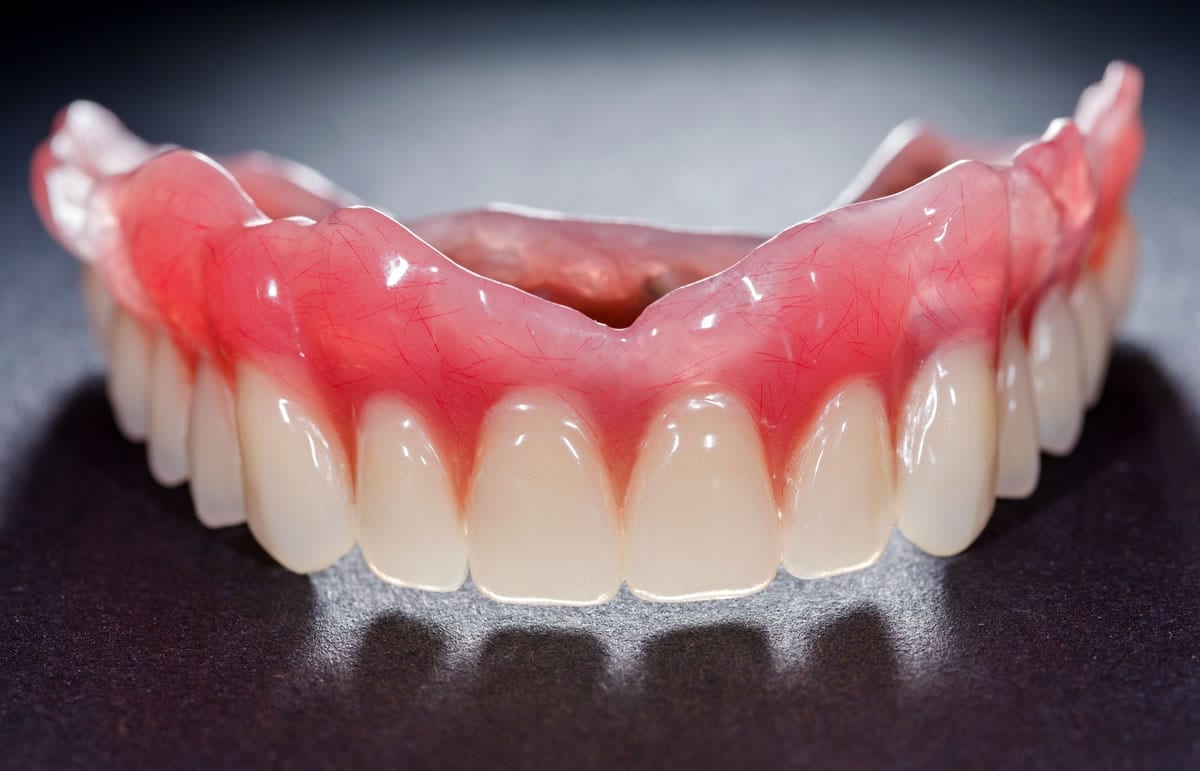 What is Prosthesis? All Curious About Prosthesis!

What is Dental Prosthesis?

Dental prosthesis; divided into full or partial dentures. Full dentures refer to the use of removable devices to replace lost teeth.

It is an apparatus that is generally produced from acrylic or porcelain on an acrylic base structure. The application logic of partial dentures is the same. However, like full dentures, it is not used to replace all teeth, but instead of some missing teeth.

In general, the application of dental prosthesis, which has different types, is determined according to the needs of the person. The application called fixed dental prosthesis is preferred in people with less tooth loss. After a certain cutting and reduction process on the existing tooth, the coating is made.

Then, fixed dental prostheses are created by mounting the prosthesis on it. In addition to such procedures, prostheses are basically applied to close the gap formed in the teeth in an accurate and comfortable way.

In Which Situations Is Dental Prosthesis Applied?

Dental prosthesis is applied as a result of damage to teeth and gums or surrounding tissues. In the same way, if the teeth are lost due to certain reasons, prosthetic teeth are applied. It is aimed that the teeth, which are considered to be the basis of the digestive system, are prepared specifically for the person and reach the desired function.

It is very important to have a healthy tooth structure. In addition, the use of prostheses is common in terms of aesthetic appearance. It is known that dental prostheses are useful and beneficial if performed by a dentist who is an expert in the field.

What are the Advantages of Prosthetic Teeth?

It also helps to protect existing teeth and tissues that are healthy in the mouth. Dental prostheses are very useful in terms of performing the oral and chewing application, which is the first stage of our nutrition and digestion.

What are the types of prosthetic teeth?

Prostheses are divided into types according to need. Partial and full removable dentures are often preferred. In addition, they are widely used in metal-free or metal-supported fixed and porcelain prostheses.

Fixed dental prosthesis; It refers to the completion of the dental tissue of excessive material loss or missing teeth by using materials of complementary color. It is aimed to provide both the appearance and aesthetics of the tooth and the preservation of the functionality of the tooth.

It is known that the most preferred type of prosthesis is fixed dental prosthesis. In order to make fixed prostheses, at least 2 long-rooted and solid teeth must be present at both ends of the non-toothed area to hold the prosthesis. This application is called bridge.

Dental floss sold in the pharmacy is an important element in the cleaning of fixed dentures. It is also recommended not to use products that have the potential to corrode the prosthesis. Absolutely no cleaning materials such as bleach and detergent are used.

It is recommended to use specially produced toothpaste and brushes for prosthesis. In this way, it is possible for people to easily use fixed prostheses for a long time.

Removable prostheses are another treatment method that is curious about the subject. They are known as appliances that the person can easily follow up and are positioned instead of missing teeth. There are various types such as total prosthesis and immediate prosthesis. A desired type of prosthesis is selected in accordance with the needs and mouth structure of the person.

Care in removable dentures is also an element that needs attention in terms of dental prosthesis. In removable prostheses, it is important to keep them in special solution and water when not in use. In addition, it is recommended to use brushes and pastes specially designed for removable prostheses.

Making different types of prosthesis is among the most basic applications at the point of eliminating tooth deficiencies. Sometimes tooth loss can not be prevented, despite over-the-counter applications such as dental fillings. In this case, and especially in conditions where there is more than one missing tooth, the most suitable dental prosthesis application should be preferred.

How Are Dentures Cleaned?

Although it may seem like a difficult element at first, the cleaning and use of dental prostheses is difficult.