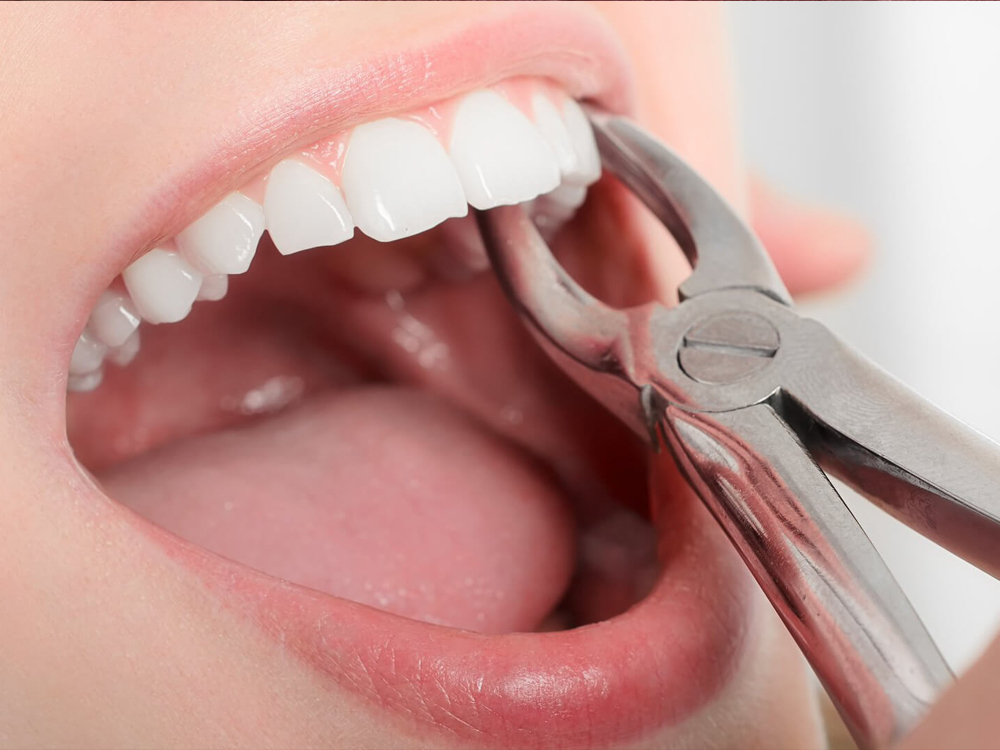 In addition, in order to assist orthodontic treatment, some teeth may be extracted even though they are uneventful due to the lack of space.

Tooth extraction-force relationship
Of course, a force is applied during shooting. However, since the extraction tools are already designed to double the force applied by the physician, excessive force can even have negative consequences. Therefore, tooth extraction is rather an attempt that requires technical knowledge and skill. It should be noted that many maxillofacial surgeons are female.

How to overcome the fear of tooth extraction
In special cases where it is understood that the fear of tooth extraction cannot be eliminated in any way, extraction can be performed under general anesthesia. However, mostly the dialogue and approach between the patient and the physician shows that such an attempt is not necessary. First of all, it should be remembered that it is necessary to get rid of it, taking into account the damage and pain caused by the tooth that needs to be extracted. After a good fit is achieved, only a feeling of pressure and small crackles can be heard during the extraction, as the tooth rises. There should be no pain or suffering. Generally, people like to scare those around them, and they exaggerate this pressure and crackling. Such false suggestions should not be influenced by them, and all questions should be directed to the physician.

Things to do before tooth extraction
• Especially in molars, that is, in multi-rooted teeth, when the roots are very split or curved,
• In elderly people where the bone has lost its elasticity,
• In people who have very thick jawbones that do not stretch,
• Teeth that have reduced grip and become brittle due to excessive loss of material may break during extraction.
This is not something to be afraid of. If anesthesia, that is, numbness, has been achieved successfully, the dentist removes the remaining pieces painlessly with the tools produced for this job.

Things to consider after tooth extraction
• The tampon placed on the extraction wound should be kept for half an hour.
• After this buffer is thrown away, buffer should not be placed again if it is not needed, care should be taken not to spoil the clot formed.
• Mouth should not be rinsed with water.
• After the shooting, nothing should be eaten for two hours, after this period, warm things should be preferred, and very hot or cold foods should be avoided.
• No smoking for 24 hours. Smoking can cause the clot to break down and the wound to become inflamed. This condition, called ‘dry socket’, causes pain for a long time.
• Alcohol should not be consumed for 24 hours.
• The extraction site should not be touched in any way, the wound area should not be sucked or spit out.
• The injured area should not be used for 24 hours.
• If there is pain, a medicine other than aspirin should be preferred, if possible, the doctor should be consulted for this.
• The shooting area must be kept clean. Food residue filling into the wound should be prevented.
• 24 hours after extraction, the area should be brushed slowly with a soft toothbrush. A warm salt water gargle can be used at this time.
• It was considered normal for bleeding to last 6-24 hours in case of a slight leak.