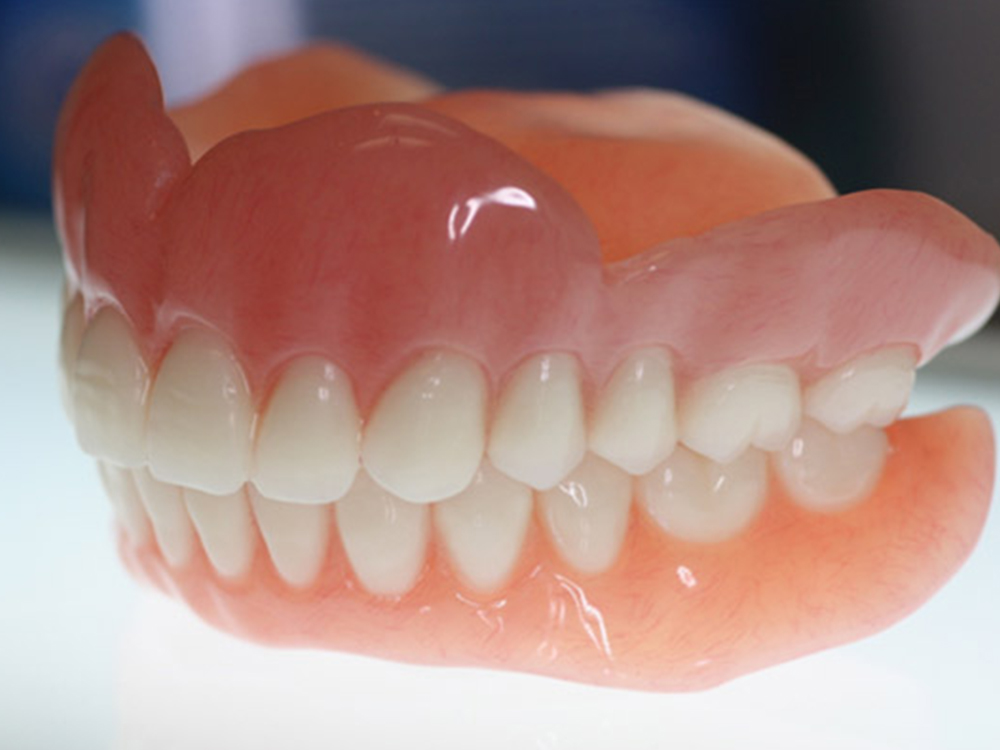 Prosthesis
In cases where the teeth and surrounding tissues are lost or completely destroyed for various reasons, the materials used to repair or replace them are called prostheses.

What is the purpose of prostheses?
With the prosthesis, it is aimed to restore the lost functions of the patient, while at the same time correcting the deteriorated speech and improving the aesthetic appearance. Thus, while the oral health, which has been lost to a large extent, is restored, individuals who have to live with missing or destroyed teeth in the society are also supported psychologically.

Because individuals who have to continue their lives (even for a while) in this way, first of all forget to laugh. This, in addition to functional disorders, causes damage to the sense of self-confidence in people.

It is aimed to increase the quality of life of people with various prostheses made for such patients.

Prosthesis types
Prostheses made as a result of loss of teeth are generally of two types:

These are prostheses that are made to replace the visible parts of the teeth and cannot be removed by the patient. They can also be called veneers or porcelain teeth.

Fixed prostheses are performed in the restoration of teeth with excessive substance loss due to caries or other reasons, in discolored and irreversible teeth, and in deformed teeth. The teeth are shaped to be veneered. It is then measured and prepared in the laboratories in line with the directions of your physician. After the rehearsals are done, the process is finished by sticking your coating. The care of veneers should be done in the same way as the care of healthy teeth. A well-made veneer should be indistinguishable from a healthy tooth in terms of function and cleaning. In the production of these teeth, porcelain, precious metal combinations, special glass materials and special plastics are made in line with your physician’s choice.

Bridges, on the other hand, are prostheses made by taking support from other adjacent teeth in order to replace missing teeth. In the construction of these restorations, both adjacent teeth are abraded and the bridge made connects all the teeth. If a bridge is not made to replace the missing teeth, the adjacent teeth of the patient and the opposing tooth in the other jaw move towards the extraction space. For this reason, impaired tooth closure leads to caries and tooth loss. As with the veneer, the teeth to be taken as support by your dentist are shaped and performed by performing the same procedures. The maintenance of your veneers is done by cleaning the lower part of the part placed in the cavity with special Dental Pross, as shown by your dentist, as well as routine maintenance operations.

Removable prostheses are prostheses made for the purpose of eliminating tooth loss in a situation where fixed prosthesis cannot be made. Unlike fixed prostheses, they can be put on and removed. They are made of special plastic or metal-plastic combinations. It is made to provide aesthetics and function. Since there are too many missing teeth in cases requiring removable dentures, it should be done to fulfill the chewing function and not to damage the remaining teeth. Removable dentures are made in cases where all or most of the teeth are lost.

Removable prostheses are made of a combination of special plastics and metals or, depending on the case, only special plastics. Teeth used in removable dentures are generally chosen from plastic teeth. Porcelain teeth are not recommended as they transmit weights and forces inappropriately to soft tissues and cannot provide a good bond with plastic. For the maintenance of removable dentures, they should be removed and brushed after each meal. It should be cleaned with special cleaning agents once a day. Since some substances may damage metal-containing prostheses, they should not be used without consulting the physician. By keeping your prosthesis in clean water when you are not using it, you can prevent it from losing water and deteriorating. You should have your removable prosthesis checked every 3 years and replace it if necessary. Over time, the prosthesis can wear out, break or lose its harmony with the jaw. This can damage the jawbone.

In removable prostheses, the first month is a period of getting used to the chewing and speaking functions. In addition, incompatibilities (knockouts) that may be caused by the prosthesis should be eliminated with controls.

The loss of a tooth can harm your health in many ways. The teeth in front of and behind the lost tooth bend towards this space. The opposing tooth also extends into the extraction space. Because the teeth tend to contact. As a result of this elongation and bending, the alignment of the teeth and their contact with each other are disrupted. This increases the accumulation of food residue and bacterial plaque between the teeth. These areas are difficult to clean and therefore increase the risk of tooth decay and gum disease. All these problems can be prevented by replacing the lost tooth. However, replacing the missing tooth becomes a little more difficult after the adjacent teeth are bent and the opposing tooth elongates.

All these methods have advantages and disadvantages. Your dentist is your biggest helper in deciding which method is most suitable for you.

The metal hooks used to hold the prosthesis to the natural teeth in the mouth in removable dentures are called “Crochet”. Many people are uncomfortable with the appearance of these metals in their mouths. However, developing dentistry technology offers us a much more aesthetic solution in this regard. By using “Precision Holders” or atelescope crowns, it is ensured that it is attached to the teeth, while the appearance of the metal crochet is prevented from disrupting the aesthetics.

Precision Holders
The system, which is called ‘crochet’ in removable dentures and is used instead of metal parts used to ensure the retention of the denture, is called ‘precision retainer’. The teeth in front of the edentulous area are processed as in the veneer, and the fixed part of the sensitive retainers is cast in such a way that it is fixed to the veneer made on these teeth. It is included in the movable prosthesis to be made in the movable part. Except for the clasps, the movable part is made as described in the movable prosthesis. Sensitive holders are more preferred in terms of better aesthetics and retention, and avoidance of caries and other problems that may arise as a result of food accumulations that can be caused by clasps.